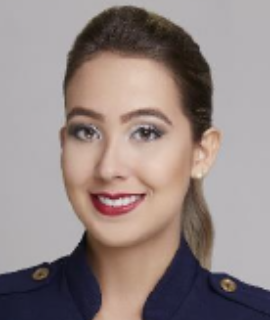 Title: Traumatic Neuroma In Impacted Third Molar And The Use Of Computed Tomography For Evaluation Of Lower Alveolar Nerve: Analysis Of The Literature And Case Report

Dental School academic in Maurício de Nassau University, BR; Currently, an intern at Ambulatory of Maxillofacial Surgery and Traumatology Service at the Federal University of Pernambuco. As a member of the project to care of patients with oral diseases and facial traumas, project entitled prevention and treatment of cancer in face and mouth areas in Venturosa-Pernambuco-Brazil, and Use of Traditional Chinese Medicine in the treatment of patients with temporomandibular disorders.