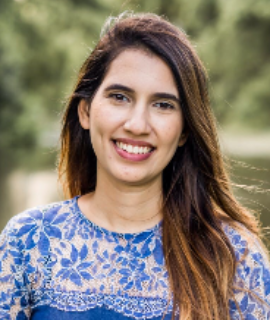 Title: Resection of submandibular angiolipoma associated with a patient with Von Recklinghausen's disease

Angiolipoma is a benign tumor clinically similar to a lipoma, but its degree of vascularization is much higher when examined microscopically. It is formed by fatty acids and vascular elements. It mainly occurs in the trunk and extremities and is uncommon in the head and neck area. Neurofibromatosis is a relatively common hereditary condition, having no preference for gender or race. The most common form is type I (NF1), also known as Von Recklinghausen Disease. It is characterized by a mutation on chromosome 17q11.2. Its manifestations are café au lait spots, ephelides and neurofibromas, Lisch nodules and bone dysplasias. The present work aims to report a clinical case of a patient with neurofibromatosis type I, who presented an angiolipoma. Patient, male, 36 years old, melanoderma, sought the Ambulatory of Maxillofacial Surgery and Traumatology Service at the Federal University of Pernambuco, complaining of an increase in volume in the right submandibular region. During the anamnesis, it was observed that the patient had Von Recklinghausen Disease. Clinically, the lesion was well delimited, soft to palpation, mobile and painless. The surgical procedure was chosen under local anesthesia. Initially, a vertical incision was performed, divulsion of the myocutaneous tissues, resection of the lesion and suture with nylon thread, in separate stitches. The surgical specimen was sent to the Pathological Anatomy Unit of the Hospital das Clínicas at the Federal University of Pernambuco, where the diagnosis of angiolipoma was confirmed. The treatment was presented favorably in relation to the case. In conclusion, it is extremely important that the Dental Surgeon is aware of the characteristic signs and symptoms of NF1 to establish a correct diagnosis, both in patients who already have the disease and in those at risk of developing it.

Dental School student in Federal University of Pernambuco, Brazil, Currently is an intern at Ambulatory of Maxillofacial Surgery and Traumatology Service at the Federal University of Pernambuco, being a member of the project to care for patients with oral diseases and facial traumas and the project entitled prevention and treatment of cancer in face and mouth regions in Venturosa-Pernambuco-Brazil. Also member of the project Use of the Traditional Chinese Medicine in the treatment of patients with temporomandibular disorder.