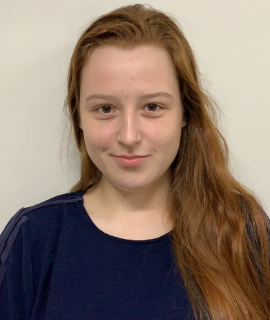 The face is characterized as a potential area for the development of malignant pathologies, whose manifestation is directly related to the amount of sun exposure. Basal cell carcinoma constitutes most of the so-called non-melanoma skin cancer and can be classified into several forms that demonstrate different clinical patterns. They have multifactorial pathogenesis, with the influence of ultraviolet radiation. Patients are usually middle-aged or elderly and are more common in Caucasians. The incidence is approximately 30% higher in men than in women and about 80% are in the head or neck. Metatypical carcinoma is an uncommon type of basal cell carcinoma that exhibits aggressive clinical behavior. Basal cell carcinomas are almost always asymptomatic and reported by patients as a non-healing lesion. They have a slow and progressive growth and in the beginning, they can be confused with acne lesions, abrasions, nevi or allergies by the patients. It shows an invasive front displaying a mixture of basal cell carcinoma and squamous cell carcinoma with a superficial basal cell carcinoma or overlying clear nodular carcinoma. Basal cell carcinoma is not considered a fatal condition. However, if diagnosed late or treated incorrectly, it can destroy anatomical structures and become a therapeutic challenge as it has the potential to cause significant morbidity through invasion and destruction of local tissue, resulting in severe disfigurement, loss of function and, in cases rare, death. There is a need for complementary exams for better diagnosis of the lesion. Biopsy is essential to identify the type of basal cell carcinoma and to define the excision margins of the lesion according to its histological subtype. Thus, the histological diagnosis and classification of basal cell carcinomas will be essential for planning the management of the patient. Treatment can be surgical or non-surgical. This article aims to report a clinical case of a patient who had metatypical carcinoma. Female patient, 77 years old sought the Ambulatory of Maxillofacial Surgery and Traumatology Service at the Federal University of Pernambuco The patient underwent resection of the injured tissue followed by reconstruction using an autograft with tissue removed from the pectoral region. It is observed that due to the high degree of malignancy and recurrence of the pathology, a thorough anamnesis and clinical conduct was performed, minimizing the risks involving the pathology and returning aesthetics and function to a patient. The postoperative period was uneventful and after 15 days the stitches were removed. The patient was followed up for a period of five years and showed total tissue adaptation in the previously injured region, with good healing and favorable aesthetics with no signs of recurrence.

Undergraduate Medical Student, FITS – Recife, Pernambuco, Brazil. Currently, she is an intern at Ambulatory of Maxillofacial Surgery and Traumatology Service at the Federal University of Pernambuco, being a member of the projects care for patients with oral diseases and facial traumas, the project prevention and treatment of cancer in face and mouth regions in Venturosa-Pernambuco-Brazil and the project intitled Use of Traditional Chinese Medicine in the treatment of patients with temporomandibular disorders.