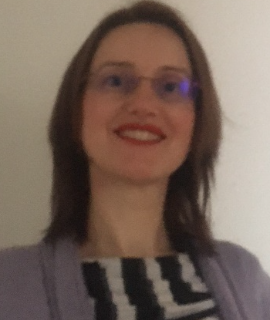 DentalFEM aims to be the first software tool in the market for optimized implantology procedures based on mathematical methods.
Methods: For each clinical case, based on bimaxillary Cone-Beam Computer Tomographies (CBCT) with voxel size less than 0.3mm, including the whole mandible and the subnasal point, an accurate digital replica of the patient’s oral cavity (digital twin) was created and forces acting on implant, teeth and jawbone were obtained by means of numerical simulations based on the Finite Element Method (FEM). Different implant types and acting forces can be computationally tested. For 12 implant sites, treatment choices made by one prosthodontist (P group) and two senior implantologists (I1 and I2 group) were compared, in search for the best implant position resulted from FEM analysis (F group) and with the actual clinical choice as confirmed by intraoral scanning with specific scan-bodies (C group). The selected implants geometries were imported into the open-source software Meshmixer and in the DentalFEM web-platform and deviation angle, slopes compared to the mesial and distal tooth long axis, were measured for each clinical case between the 4 choices (P, I1, I2 and F group).
Results: Anonymized CBCT scan of each patient was used to perform segmentation on relevant structures carried out by means of Machine Learning. Thus a 3D digital twin of patient’s oral cavity was obtained. The virtual oral cavity was discretized using a mesh. Structural response of the implant-supported prosthetic tooth was obtained by solving solid mechanics equations with FEM. DentalFEM software developed in this project, produced data related to the mechanical performance of the implant placement (stress/strain, safety coefficient) after obtaining watertight, closed surface geometries for implant screws, abutments and provisional crowns by remeshing the whole surface geometry. The remeshing was done using the fTetWild library developed at New York University. Because a Finite Method Volume solver works much better with hexahedrons, it was decided to use these, seeing even less changing of the native grid generator to one that will be necessary for a format conversion to be readable by DentalFEM solver. In order to automatize the implant screw-abutment-crown assembly building-up, a script was done within Grasshopper (visual programming plugin for Rhino). It allows to access Rhino's commands (vectors, math, sets, NURBS and mesh topology tools, etc.) and string them together in a "data flow programming" manner using data trees.
Conclusions: Using DentalFEM, the result of an implant procedure will be no longer based only on intuition, but on quantitative and qualitative information relying on physics and mathematics.