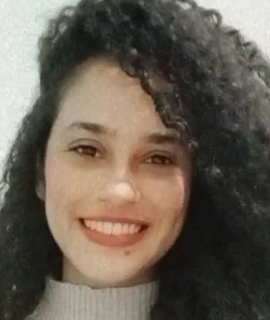 Title: Excisions of 4 unerupted canines in the mentonian region of the mandible: “kisses teeth”

The impacted tooth is a dental organ that, even fully developed, did not erupt at the normal time, being inside of the bone tissue and totally surrounded by bone tissue or by bone and mucous tissue.
Objective: The aim of this paper is to present a clinical case, wich deals with an unerupted tooth in the metonian region and also the clincal and surgical manegment of this case.
Case report: Female melanodermic patient, 14 years old attended the Oral and Maxillofacial Surgery and Traumatology Service of the Federal University of Pernambuco, reporting mentonian discomfort, thus an imaging-based screening was requested. These symptoms were induced by two impacted canine teeth associated with other two supernumerary teeth that, radiographically resembled canines, surrounded by a radiolucent image similar to a dentigerous cyst in chin region, and also in a atypical position of “kisses teeth”. Throughout the anamnesis the patient reported absence of bilateral lower canines as well as absence of traumatic factors to this region and deciduous elements premature loss. Firstly, incisions were performed in both right and left parassinphyseal regions of the mandible, followed by displacements of mucoperiosteal flaps, osteotomies and ostectomies to approach the lesion. Then, aided by Seldin elevators, the uppermost elements on the right side were removed by means of lever points, and afterwards the left side was carefully managed in order not to injure the adjacent elements roots. As a result, the lesion involving the unerupted teeth was carefully removed through curettage so as not to damage the lower alveolar nerve vascular bundle, and this lesion was sent to perform the histopathological screening at the Oral Histopathology Laboratory of the Federal University of Pernambuco. The surgical sequence continued with cavity cleaning and bone regularization, repositioning the flaps and sutures with separate points through 5.0 mononylon wire. Over the postoperative period, the patient evolved without philogistic signs and after 1 year another facial (panoramic) radiography was requested for post-surgical control. Radiographically, the bone tissue healing in the region was observed, preserving the root apices of the inferior elements. Clinically, the patient presented with preserved tissues and all dental elements demonstrated pulp vitality.
Conclusion: This case reported a situation where the lower canines were impacted, together with supernumerary dental elements involved by a single dentigerous cyst. Due to this rare clinical occurrence, canines impacted in the mentonian region are less discussed in literature when compared to impacted upper canines given their lower incidence rates. This fact becomes important, both for surgical, pathological and radiological professionals, being the accomplishment of the correct diagnosis extremely important.

Evellyn Almeida study dental medicine at the Federal University of Pernambuco - UFPE, Brazil. Currently an intern at the Oral Maxillofacial Surgery and Traumatology Service at UFPE. Extension volunteer whose project is care for patients with oral diseases and trauma at the Oral Maxillofacial Traumatology and Objective Outpatient Clinic of the Federal University - UFPE and the Project treatment of cancer in face and mouth regions in the city of Venturosa/PE. Volunteer in the project to extend the use of Traditional Chinese Medicine in the treatment of patients with temporomandibular joint disorders.