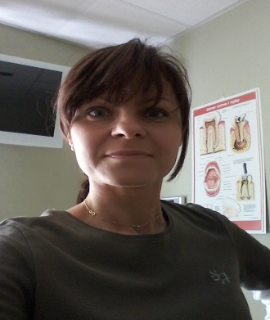 Title: Tooth development in the light of chemotherapy induced agenesis in cancer survivors

Introduction: The duration of sensitive to impairment developmental stages in tooth formation is not well documented due to unknown time of environmental factor impact. Dental abnormalities are the long term sequelae of antineoplastic therapy. Time and by the same token age of chemotherapy administration is accurately recorded. Background: Agenesis is the term describing missing tooth and it is usually considered as a lack of tooth germ development. Complete damage to the germ during early odontogenesis is likely to occur. This phenomenon is sometimes distinguished as aplasia. There is not enough information resulting from detailed comparative research on the age at antineoplastic therapy and succeeding dental disturbances. Case Reports: 38 cancer survivors were invited to dental examination. The clinical control and panoramic radiographs have revealed 5 individuals who had 13 teeth missing: 2 lateral incisors, one first premolar, 5 second premolars, 3 second molars and 2 third molars. Three of them had teeth with other dental abnormalities, such as microdontia, reduction in crown size, root stunting. Follow-Up: In majority of cases the chemotherapy overlapped the period of expected early development from the beginning of tooth bud formation up to the moment before mineralization. One survivor, who has 4 second premolars missing and has been treated after the expected time of early odontogenesis, presented one year-late eruption of first deciduous teeth and late dental age at time of examination. Conclusion: Tooth germ seems to be prone to complete cytotoxic damage during the whole long period of early development. Wider analysis is required.