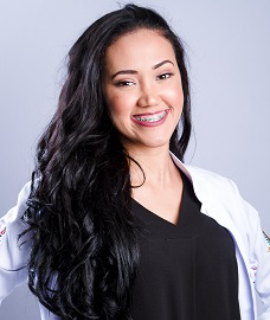 Title: Surgical excision of polymorphous adenocarcinoma in the maxila with mucous flap reconstruction

Low-grade polymorphous adenocarcinoma is a malignant neoplasm of salivary glands with uncommon occurrence in the head and neck region, almost exclusively affecting minor salivary glands. While this condition has typical clinical pathological signs, it commonly presents low biological damage potential. The lesions occur more frequently among elderly females between the sixth and eighth decades of life, with a higher prevalence for the hard palate, soft palate and, most regularly, the upper lip and jugal mucosa. The clinical and histological differential diagnosis of this condition is between pleomorphic adenoma and adenoid cystic carcinoma. The most indicated surgical treatment is extensive surgical excision, eventually including resection of the underlying bone. Although infrequent, there may be metastasis for regional lymph nodes. Radical dissection of the neck is not indicated unless there is clinical evidence of cervical metastasis. This study reports a case of a surgical excision of polymorphous adenocarcinoma in the maxilla with mucous flap reconstruction. A 63-year-old white male patient sought the Maxillofacial Surgery and Traumatology Service at the Federal University of Pernambuco in the Clinical Hospital, complaining of a tumor-like lesion in his left maxilla, which gradually increased in volume. At the extra-oral clinical examination, the patient presented a slight increase in volume. The intra-oral clinical examination showed the presence of upper and lower total dentures, an increase in volume in the left maxillary tuberosity region and a lesion of nodular features with fibrous and smooth consistency, fixed, sessile, normochromic, with oval shape, defined edges, and painless symptomatology. Radiographic imaging by panoramic radiography revealed a lesion with mixed radiographic density projected in the left maxillary tuberosity region and the in computed tomography (CT) scans were obtained and used for 3D image reconstruction. An axial tomographic view indicated the presence of a heterogeneous lesion with osteolysis: alteration in the cortical / trabecular bone and reabsorption of the left palatine bone, with regular contour and defined edges. Given the extent and complexity of the lesion, the surgical treatment in this case consisted of hemimaxillectomy and the surgery proceeded with mucosal flap reconstruction. The postoperative period followed was the service protocol, with no complications and no sign of recurrence. The pathological specimen was sent to the Anatomopathological Service, where the free margins and diagnosis were confirmed. The final considerations are that low-grade polymorphic adenocarcinoma is a rare malignant neoplasm that affects the salivary glands whose potential for malignancy, recurrence and metastasis are relatively low.

Dental Surgeon and Master's student in integrated clinics at the Federal University of Pernambuco, Brazil; Currently, she is an intern at Ambulatory of Maxillofacial Surgery and Traumatology Service at the Federal University of Pernambuco, being a member of the projects care for patients with oral diseases and facial traumas, the project prevention and treatment of cancer in face and mouth regions in Venturosa-Pernambuco-Brazil and the project intitled Use of Traditional Chinese Medicine in the treatment of patients with temporomandibular disorders. In 2019 was invited by the Peruvian Army to give a conference at the 30th National Congress of Military Police Dentistry "Ejército del Perú“. In 2020 and 2021, she won several awards for presentations of scientific works and was International Keynote speaker in the United States, France and England