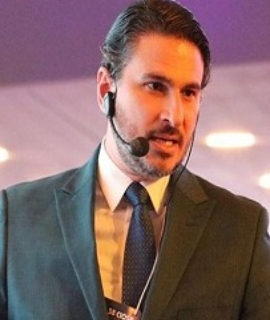 The Prosthetic rehabilitation has evolved since the introduction of implant therapy. The implant protocol has changed through time, mostly because of the confidence in the new screw’s surfaces, some allowing osseointegration after 21 days and biomaterial in special deproteinized bovine bone grafts with slowly resorption and different graft particles sizes, increasing the application. We can’t believe, nowadays, in literatures that presents range near 99% of success in implant therapy and that is why, a question needs to be answered: Does it shows the clinical reality when we think about aesthetic results? In fact, there is now plenty of high-quality results (that´s the excellence dentistry era) associated with less time rehabilitation and less interventions (minimally invasive treatments), less manipulation with the patient, choosing tissues substitutes instead of autogenous bone. The most traumatic situation, that has significant psychological impact, is the failure of a tooth, mainly the anterior one. The rehabilitation of these cases can be accelerated and solved in one-time procedure, extracting the root, putting implant in position, filling the gap with bone substitutes and provisionalizing the prosthetic crown. While the posterior tooth doesn’t need to have a provisional crown installed, because of the low aesthetic necessity, the space maintain and gingival architecture can be provided by personal healing cap, on the other hand, single appointment with the installation of provisional prosthetic crown is useful principally at the anterior maxillary teeth. Having said that, any tooth can be replaced by immediate implant after extraction, following rigid protocol as installing the screw inside the bone triangle, grafting when it is needed, both soft and hard tissue, respecting distances between implant/tooth and implant/implant, buccal/lingual position and depth. The natural tooth crown can be prepared and used as a temporary prosthesis with good biological results.