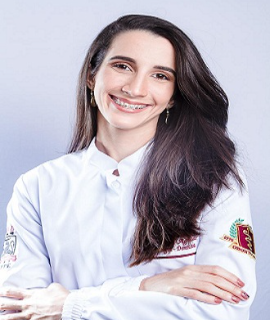 Introduction: Facial trauma can be considered one of the most devastating aggressions found in trauma centers due to emotional and its possibility of permanent aesthetic deformity. It affects the male population more in the proportion of 3:1 and the age group withthe highest prevalence is the third decade of life. Regarding the etiology of facial trauma, we observed that it happens more due to car accidents. Other causes include gunshot wounds, assaults, domestic accidents, and sports trauma. As sequel of facial trauma, anti-aesthetic scars and facial paralysis are seen as the most frequent.
Objective: This study aims to report the surgical case of facial reconstruction of a patient who was physically assaulted by a white weapon. Case Report: Male patient, 20 years old, melanoderma, victim of physical aggression by stabbing weapon, was referred to the trauma reference service in the city of Recife - Pernambuco, does not qualify for care according to the rules of Advanced Trauma Life Support - ATLS. In the anamnesis, it was observed that the patient had a conscious, drunk, eupneic, normal color and fractures in the left fronto-zygomatic regions, left zygomatic body, left parietal, left temporal, left and right jaw, nasal, vomer, ethmoid, and sphenoid , also bone fragments within the orbital cavity. After the clinical examination and the imaging analysis of the axial cut tomography, the treatment plan was based on the cleaning and cauterization of the bleeding vessels of the wound and reconstruction of the tissues by planes, under general anesthesia, where he was operated first by neurosurgery and later, by Buco Maxillofacial Surgery and Traumatology Team. During facial reconstruction, hemostasis of the wounds was performed, debridement of devitalized tissues, removal of foreign bodies and bone spicules, reduction of fractured bones through the wounds themselves, promoting stabilization through steel wires and rigid internal consolidation, with plates and screws, trying to return the contour of the orbit and the zygomatic region, leaving them as close to normal as possible, despite the loss of substance. The bone fragments contained within the orbital cavity caused injury to the left eyeball, with destruction and loss of vitreous humor, causing amaurosis and loss of the left eyeball. Subsequently, the flaps were positioned and the suture in layers was performed with the coaptation of the edges of the wounds in a satisfactory manner. In the immediate postoperative period, it was necessary to perform an anterior nasal packing due to the presence of rhinorrhagia and after 90 days of follow-up, there was a satisfactory facial symmetry, but requiring the placement of an ocular prosthesis to improve the patient’s low self-esteem, due to damage psychological and emotional problems suffered from the trauma, in an attempt to get him back to normal social life.
Conclusion: The success of the treatment depends on the correct handling of the lesions right after the trauma. In the case cited, a satisfactory bone consolidation was achieved, reestablishing the patient’s function and aesthetics, including rehabilitation through an ocular prosthesis, with no postoperative complications. It was found that the rapid multidisciplinary and multidisciplinary intervention, combined with a correct surgical technique, guarantees the patient’s good prognosis.

Master degree student in dental clinics in Federal University of Pernambuco, Brazil; Currently, she is an intern at Ambulatory of the Buco Maxillofacial Surgery and Traumatology in the Clinical Hospital of Federal University of Pernambuco, being a member of the project to care for patients with oral diseases and facial traumas and the project entitled prevention and treatment of cancer in face and mouth regions in Venturosa/PE. In 2018 and 2019, she won several awards for presentations of scientific works and was invited by the Peruvian army to give a conference.