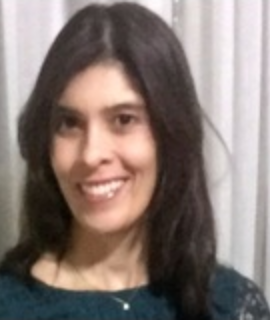 Title: The use of fractal analysis in Implantodology

Studies indicate that bone quality is one of the predisposing factors to the long-term success of implant therapy. Thus, non-invasive tools that allow the analysis and measurement of bone quality are extremely relevant for the predictability of treatment. The fractal analysis was developed to verify the complexity of the structures by means of mathematical calculations. It has been employed in Dentistry in panoramic intra-oral radiographs and periapical radiographs with the purpose of studying the microarchitecture of the maxilla and mandible bones. Researchers report that the fractal dimension obtained by fractal analysis is not influenced by variation in the exposure, alignment and region of interest. Some authors have used fractal analysis to evaluate the peri-implant bone region. The results show that the fractal dimension can be used as a predictor of the initial stability of implants as well as to indicate bone microarchitecture over time. It is interesting to note that many studies have shown that the peri-implant bone micro-architecture, estimated by the fractal dimension, becomes more complex over time. That is, the larger the fractal dimension, the greater the complexity of the bone micro-architecture. At the same time, fractal analysis has also been applied to verify the bone density of grafts in maxillary sinus lift. The researches indicate that the fractal dimension found depends on the type of graft used, but that this tool can signal the best moment for implant installation as well as prosthetic loading.