: Solubility of bio-ceramic root canal sealer in comparison with other endodontic sealers (an in vitro study) 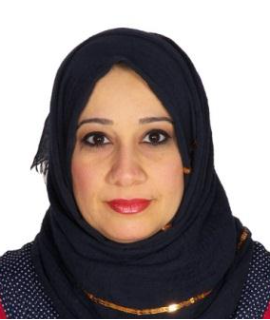 Title: : Solubility of bio-ceramic root canal sealer in comparison with other endodontic sealers (an in vitro study)

Three types of sealer materials had been selected for this study: Bio-ceramic-based sealer.(Bioroot,USA), Resin-based sealer.( Tgadseal , London ,United kingdom ) and Calcium hydroxide sealer.(Metapex, Chungcheongbuk-do , Korea). For each sealer material, a total of 10 disk shaped specimens were prepared using a stainless steel mold of 20 mm diameter 1.5 mm thickness. All the sealers were mixed according to manufacturer’s instructions. The material were placed into the mold and pressed between two plastic celluloid strips and glass microscopic slides under hand pressure to extrude any excess material. After specimens were removed from the mold, any excess material was removed. All The sealers samples were subjected to water solubility test. All samples were set into an incubator at 37?C and >95% relative humidity (Thermo Fisher Scientific, Waltham, MA, USA) for a period corresponding to three times the setting time. The excess of water was removed with absorbent paper and the samples were weighed 3 times. The average reading was recorded to 3 decimal places. The samples were placed two by two into a Petri dish containing 50 mL of distilled water and transferred into the same incubator at 37?C and >95% relative humidity for 24 hours. After incubation time, the samples were rinsed with 3 ml of distilled water and the washings were allowed to drain back into the Petri dish, and the Petri dishes were dried in an oven at 105 ?C for 48 hours (Thermo Fisher Scientific, Waltham, MA, USA), cooled down in the same desiccator and reweighted by using the analytic balance. The values of solubility S were calculated using the following International Standards Organization (ISO) 6876 method and with the American Dental Association (ADA) specification No. 57.
S=(????? − ????? ) ?????× 100
m? is the specimen mass before immersion(mg), m? is the specimen mass after immersion (mg).

For each group the means and stander deviations for solubility were calculated. Analysis of variance (ANOVA) was applied to determine whether significant differences existed among the groups Significance for all statistical tests was predetermined at P<0.05.