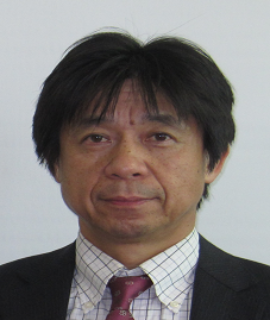 Title: Relationship of prefrailty with oral function and oral status in elderly

Objectives: It is commonly accepted that frailty is associated with oral function. However, the detail association between prefrailty (a stage prior to frailty) and oral function remains unknown. We investigated the association between prefrailty, oral status and oral function in Japanese elderly.
Methods: After obtaining written informed consent, 154 patients (74.2±6.3 years, 45 males, 109 females) participated in this cross-sectional study at the Department of Preventive Dentistry, Okayama University Hospital from 2017 to 2018. Frail status was evaluated according to the Japanese version of Cardiovascular Health Study (J-CHS) based on body weight loss, hand grip strength, exhaustion, a walk speed and physical activity. Patients who were positive in one or two indices (J-CHS) were diagnosed as prefrailty, and those negative were diagnosed as healthy condition.
We also clinically examined the numbers of teeth present and functional teeth, plaque index, periodontal status (bleeding on probing, probing pocket depth, clinical attachment level and tooth mobility), amount of oral bacteria, tongue pressure, masticatory function, oral diadochokinesis (ODK) rate, and occlusal force/area. The unpaired t-test and chi-squared test were used to compare parameters between the healthy and the prefrail groups. The odds ratio (OR) and 95% confidence interval (CI) were calculated using a series of logistic regression models. The level of significance was set at p<0.05.
Results: In males, 16 patients (35.6%) were diagnosed as those with prefrailty. There were no significant differences in oral health status and oral function between the healthy and the prefrail groups. In females, 69 patients (63.3%) were diagnosed as those with prefrailty. In the logistic analysis, prefrailty was significantly associated with ODK rate (/ta/ sound) in females (OR: 0.55; 95%CI: 0.31-0.99) (p=0.045).
Conclusion: The risk of prefrailty was associated with lower ODK rate in Japanese female elderly.

Dr. Morita graduated Osaka University Dental School, Osaka, Japan at 1982. He started his research (Preventive dentistry) at Okayama University Dental School, Okayama, Japan. He received his PhD degree in 1991 at the same institution. After two-year postdoctoral fellowship supervised by Dr Folkers at the University of Texas at Austin and one-year visiting researcher at University of Michigan, he obtained the position of a Professor at Hokkaido University Graduate School of Dental Medicine, Sapporo, Japan at 2000. Then he moved to Okayama University at 2008. He has published more than 180 international research articles.