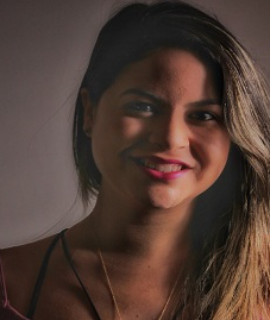 Title: Evaluation of bleeding as a method of immediate control of blood pressure in patients submitted to dental procedures

Dr. Andrea Gomes Dellovo studied Odontology at the Federal University of Sergipe, Brazil and graduated in 2017. She is a master student in dental prosthesis at the São Leopoldo Mandic, Campinas, Brazil.