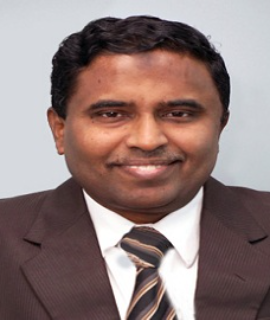 Title: Dental casting by direct Flame vs Induction heating which is superior?

The most common diseases in occurring in oral cavity are Dental Decay and Periodontal disease.. The decay is a disease of the calcified tissue which needs of restoration; the common restoration is silver amalgam or Composite.  If the decay is larger then the silver amalgam fractures and to provide a good restoration the one piece restoration made of metal and that is referred dental casting.     Quite a lot of equipment’s such as preheating furnace, Casting machine such as Induction casting Centrifugal casting, machine , Blow pipe etc  are used to form a casting.      In order to form a single piece restoration, the restoration is made in wax which has to be surrounded with help of investing materials. This invested mold has to be heated up resulting formation of cavity into which metal heated  & melted up and poured  in to cavity . The amount of expansion and contraction of the metal has to be compensated so that the metal will form universally over the respective tooth without any problem  . To get the exact size and shape of wax pattern   the amount of contraction of metal has to be compensated by expansion of the wax pattern and expansion of Investment material.  There are three different types of expansions, Setting expansion, Thermal expansion and hygroscopic expansion. Setting expansion and Thermal expansion is  taken into consideration and the contraction of the casting is compensated by the Thermal expansion & setting Expansion of the invested material and the expansion of wax pattern.   Hence, wax pattern invested is in investing medium and the investment mould is heated up in the preheating furnace as per desired temperature of melting alloy.  .  The amount of time of the casting this very critical in other words lesser than casting time better is casting.  In the case of centrifugal casting when metal heated up on crucible a beam of flame goes through the hole of crucible and including during the melting time the mould is heated up the temperature of the mould is not lost.  On the contrary in the case of induction heating even though the metal heated up and casting in done within one minute since the mould is not heated up during the time of the melting the mould temperature reduces there by the metal is not flowing into the deleterious area of the casting.  However, the timing of casting is very critical if the timing is delay improper casting will occur.  . Only the comparison of open flame and Induction are compared with the timing of placement of investing ring into Burn out furnace. Only Non Precious metal is taken in to Consideration which is a common metal used in practice. Contraction by keeping the investment ring at the preheated temperature the time of casting can be reduced and a better result can be achieved.

Dr. K.S.Gamal Abdul Nasser., MDS.,Ph.D Finished  BDS in the year 1977 and Completed the Post graduation in the year 1984. Joined service in the year 1979 as  Assistant  dental surgeon and Promoted up to the Principal of the only one Government Dental college, Chennai. Registered for the Ph.D under Prof.Ganesan of Anna university and completed in the year 2011.Adjusted as the Best performed Doctor of Tamil Nadu Medical Education side and awarded Rs.50,000/ (Rupees Fifty thousand Rupees only). I have treated 1,00,620 Corporation School Children at their Schools. Constructed a new building for Dental School for a sum of Rs. 27crores.