Considerations on sport dentistry in Brazil 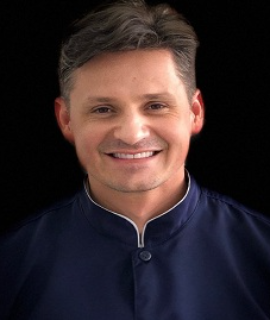 Athletes are commonly regarded as completely healthy individuals, even though studies in the literature have shown that their oral health is often poor. Oral health may be closely linked with systemic health; several studies have reported that bacteria in the oral environment have an impact on other tissues of the organism, thereby constituting an increase in risk factors for a series of systemic diseases such as strokes, coronary heart disease and diabetes mellitus. The last systematic review of the oral health of athletes showed a big occurrence of caries among the studied athletes, who also presented several other oral problems such as periodontal disease, dental erosion and facial trauma.

Dr. Rodrigo Stanislawczuk studied dentistry at Universidade Estadual de Ponta Grossa, Brazil an graduated in 2003. He received her PhD degree in 2012 at the same institution. He has published more than 30 research articles in SCI(E) journals.) Coordinator of the course of graduation and specialization in the area of ​​Esthetic Dentistry. Dentist responsible for the Operário Ferroviario Esporte Clube.