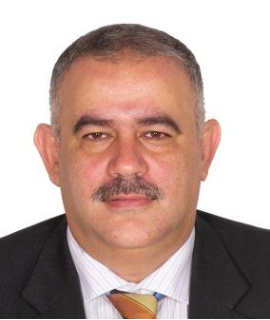 Two types of direct restorative materials of A3 shade were selected for this study: Composan Bio-esthetic Nano-ceram Composite (PROMEDICA) and Composan compomer (PROMEDICA). Forty specimens were prepared from each restorative material (total number of specimens were 80). Each specimen was prepared by compressing sufficient amount of material into a mould of 4 mm in diameter and 2 mm in thickness by two glass slides with acetate celluloid strip in between and curing the specimen for 20 sec from only the top surface by making the curing tip in intimate contact with the acetate celluloid strips covering the composite and compomer surface with LED Woodpacker light curing unit. The top and bottom surfaces were divided into two halfs: 1st half was subjected to micro hardness testing before immersion, while microhardness testing was performed on the 2nd half after immersion in beverages. PH values were recorded for each beverage solution with pH meter (METTLER TOLEDO, CANADA). Vickers micro hardness testing was performed with microhardness tester (Micro hardness tester FM-800, FUTURE-TECH, Japan) at 300g load and 15 seconds according to ISO 4049 for both top and bottom surfaces by making three indentations and considering the mean microhardness value for each surface to be the Vickers hardness number for that surface. Three types of beverages were used in the study (Coca-Cola, orange juice, Red bull) and a fourth immersion solution of mineral water was used as a control group. The 80 specimens were immersed for thirty days at 37 °C. The immersion solutions were replaced in a daily manner. After immersion, the composite and compomer specimens were incubated in distilled water at 37 °C for 24 hours before the micro-hardness testing.
Data was statistically analyzed before and after immersion of the eighty specimens using mean, standard deviation, one way ANOVA and T-test at 5% level of significance.

Academic Rank: Associate Professor and Deputy Dean of the College of Dentistry/ Fujairah campus since 1/9/2011

• Implantology workshop, The use of bone substitute in combination with dental implants for esthetic zone and sinus lift augmentation/Dubai AEEDC conference, 3/2/2014