The use of Bioactive products in Dentistry: A review 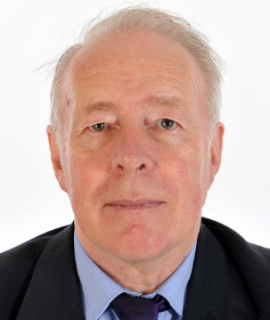 Title: The use of Bioactive products in Dentistry: A review

The concept of bioactivity is currently prominent with Manufacturing claims about the success of their product the question, however as to whether some of these products are truly bioactive in nature has been challenged in that there appear to be little or no evidence of an apatite-like material present on its surface. For example, according to Jeffries (2106) the current definition of bioactivity in dental materials is the property of a biomaterial to form apatite-like material on its surface when immersed in a simulated body fluid (SBF) for a period of time.  Bioactive glass material was developed by Larry Hench and his team in the late 1960’s, initially the original 45S5 consisting of a calcium silico-phosphate glass was designed for orthopaedic use, but subsequently introduced into Dentistry as a bone grafting material for periodontal surgery. Further research in the mid to late 1990’s encouraged further interest in using bioactive glass in desensitizing toothpaste formulations, such as Novamin®. The initial toothpaste formulation did not however, contain fluoride as one of the ingredients but more recent formulations have included sodium fluoride with a 5% loading of the glass. Bioactive glass was subsequently incorporated into varnishes, composites, glass ionomers, dental cements, resin-based materials, root fillers, polishing pastes etc. More recently a bioactive glass (Biomin™) has been developed for several dental products by researchers from QMUL with the aim of providing a sustained low level of fluoride over time. This presentation will provide an overview of the status of bioactive glass products in Dentistry and will evaluate where there is any evidence for the claims of bioactivity from both in vitro and in vivo evidence.

I graduated from Edinburgh Dental School in 1977 and have been involved in Dentistry over the last 40 years. I have worked in both clinical practice and in University Dental Hospitals as well as in Industry (1998-2001) initially with SmithKline Beecham and subsequently with Block Drug Company. From 2003 to 2008 I worked with a Clinical Research Organization and currently I am a Senior Clinical Lecturer in Periodontology at the Bart's and the London School of Medicine and Dentistry QMUL in London (2009-). My main interests are in the area of the Management of Dentine Hypersensitivity and I have published over 85 papers on a number of dental topics as well as contributing to several book chapters.