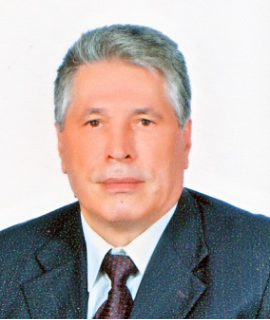 Title: The stimulation of mandibular forward development during the treatment of skeletal class II malocclusion

Class II malocclusion is one of the most common problems in orthodontics. The achievement of its esthetic and functional optimum requires correcting of the Distal-bite. However, several studies have stated that a Class II skeletal pattern is caused by a mandibular deficiency or due to Retro-gnathic mandibular position. Treatment of mandibular deficiency can be achieved by growth modification through stimulation of mandibular growth and inhibition of maxillary growth.  For this purpose, appliances such as extra oral headgears and removable or fixed functional appliances have been used, to stimulate mandibular advancement. Evidence on the efficiency of removable functional appliances is controversial. Some researchers have reported favorable treatment effects on mandibular growth, either as an increase in mandibular length or as effective condylar growth. Others found that these appliances have no significant effect on the mandible. In this presentation we introduce two new techniques; The 1st technique was invented and patented by Mohamed Youssef and Abdullsalam Al-Dumaini and registered as a patented technique at the WIPO in 2011 under number WO/2011/159261 and named “The INTERMAXILLARY LIP BUMPER (IMLB) “, The skeletal and Denton-alveolar changes during the treatment Cl. II- malocclusion, using the INTERMAXILLARY LIP BUMPER were evaluated in a preliminary study. And the results showed that the “INTERMAXILLARY LIP BUMPER” can lead to improvement in the mandibular position –and rotation, jaw relationship, facial growth type, and facial profile in addition to correction of the Molar relationship and Incisor axis. The 2nd technique was invented and patented  by Mohamed Youssef and Abdullsalam  Al-Dumaini and registered at the WIPO in 2012 under number WO2012096633 (CORRECTION OF JAW RELATION BY SKELETAL ANCHORAGE MINIPLATES ) The effect of this technique for the treatment of skeletal Class II malocclusion with mandibular deficiency in growing subjects was evaluated in a prospective clinical trial. And the results revealed that, Bimaxillary miniplates-based skeletal anchorage promotes the correction of skeletal Class II malocclusion through skeletal changes mainly, by improving the maxillomandibular relationship due to the increase in mandibular ramal and body lengths and counterclockwise mandibular rotation, effective length reduction and posterior repositioning of the maxilla.In this presentation it shall be demonstrated the Application,- andefficiency of both Appliances.

Dr. Mohamed Youssef is a Professor of Orthodontics and Dentofacial Orthopedics at the Damascus University, Damascus, Syria, he held his Ph.D. (Dr.med. ) title in the University of Rostock, Department of Orthodontics, Germany in 1988 and the Certificate “ Specialist in Orthodontics (Fachzahnarzt für Kieferorthopädie ) from the German Academe for Postgraduate Study in  1988. He worked as Dean of the Faculties of Dentistry at- the University of Damascus (2007- 2011),-the Syrian Private University (2005-2006), -the Al Hawash Private University (2013- 2015) and- the Wadi International University (2016- 2017) in Syria. He has more than 25 publications as main Author and 36 publications.C o-Author in the Arabic,- English and – German Languages. He has registered two Patents at the World Intellectual Property Organization (WIPO): -the “ CORRECTION OF JAW RELATION BY SKELETAL ANCHORAGE MINIPLATES” in 2012 under number WO2012096633 and – the “INTERMAXILLARY LIP BUMPER” in 2011 under number wo/2011/159261. He Supervised 10 Doctoral Dissertations and 22 Master’s theses. His main interesting research specialty is the facial growth type and its relationship to the malocclusion and to orthodontic treatment.