Prevention of Healthcare Asssociated Infections (HAI) As Promoted At Two Target Public, Funded Hospitals of the Philippines and A review of Incidental HAI, risk to Dental Practitioners & Patients 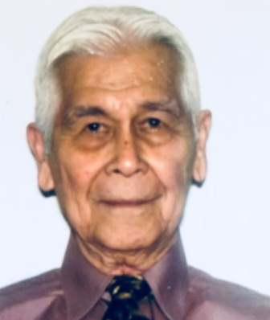 Title: Prevention of Healthcare Asssociated Infections (HAI) As Promoted At Two Target Public, Funded Hospitals of the Philippines and A review of Incidental HAI, risk to Dental Practitioners & Patients

For the past several decades, hospitalized patients have been known to risk developing infections unrelated to their presenting chief complaints or symptoms. The World Health Organization (WHO) identify those happenings as Healthcare Associated Infections (HAI); and, they are ominously regarded to be the most frequent adverse incident in healthcare, worldwide.
These occurrences arise from the invasion and multiplication of harmfully opportunistic micro-­?organisms such as bacteria, viruses, and parasites that are not normally present within the body at the time of hospitalization. Their propagation may be enabled by the patient’s own health status or by a maze of factors that may be attributable to mal-­?conditions of the facility itself, to the prevailing behavioral culture of in-­?house healthcare providers, employee staff, and, even those of the visitors. When HAI develop, the additional intrusion to a patient’s presenting disease compounds the diagnostic and therapeutic interventions; it increases the risk in morbidity and, in alarming frequency, may lead to death. Notably, this shared environment may also prevail to invade patients receiving care   and,   by cross-­?contamination,   the staffs at other healthcare  settings  such  as  free-­?standing  facilities  for  ambulatory care  or    out-­?patient  care  that include  dental  offices  and  their complex of providers. Encouragingly, at a 2005 WHO First Global Patient Safety Challenge conference, studies reported a rise in success rates at restraining HAI  in  developed  countries.    However,  the  same  uplifting  HAI-­? containing  view  is  not  yet  shared  by  low-­?  to  middle-­?income countries. Interestingly, while review of contemporary dental literature conjures  an  increasing  awareness  of  HAI-­?risks  by  the  dental profession, the practitioners, the staff and their patients may yet benefit  from  added  studies  on  the  factual risks  from  cross-­? contamination of invasive micro-­?organisms in a dental setting and adoption  of  a  universally-­?standardized  policy  and  protocol  on containing HAI-­?risks.