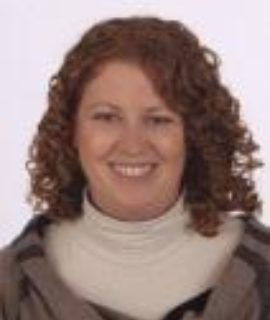 Endodontic treatment is a complex procedure. The long-term success of it is influenced by the quality of restoration and the root canal treatment. The latter depends on maximal debridement and disinfection of the entire root canal system, chemomechanical preparation, and three-dimensional obturation of the root canal walls. Due to the complexity of root canal anatomy, approximately one-third of the root canal surface is not accessible for instrumentation. Therefore, modern researchers are focused on discovering appropriate irrigants and improving their applications. The main problem of irrigation is the fluid dynamics of the irrigant in the confined canal space. Because of that, a lot of research lately is focused on the use of laser technology for improving decontamination and cleaning of the root canals. The laser can be used in two ways: (1) directly, by irradiating the dentinal wall (CLE – conventional laser endodontic), or (2) indirectly, by irradiating/activating photoactive substances (PAD – photoactivated disinfection) or irritants (LAIs.l. – laser activated irrigation s.l.).Erbium laser family presents one of the newer technologies in endodontics for activation of irritants. The basic principle of LAI is producing the bubble that leads to a three-dimensional flow of irritants. According to the fiber/tip position in root canal system, the latter is further divided into LAIs.s. and PIPS (photoinduced photoacoustic streaming).Compared to other techniques, PIPS is very well defined by the protocol of irrigation that includes laser parameters, tips, tip position, and propose the final sequence for irrigants with concentrations, supported by research results.

Barbara Škrlj Golob graduated from University of Ljubljana (Slovenia), Faculty of Medicine, Department of Dentistry, in the year 2000. In 2007, she started with private practice. In 2011, she got involved in first Laser Workshop in Aachen where she received a Certificate of LSO and AALZ Dental Laser. One year later, she received PIPS Certificate awarded by professor Giovanni Olivi from Rome. In 2016, she got MSc degree in Laser dentistry in University of Genova and in 2017 she finished another MSc degree at the University of Torino, Master in Clinical and Surgical Microendodontics, under supervision by professor Elio Berutti.