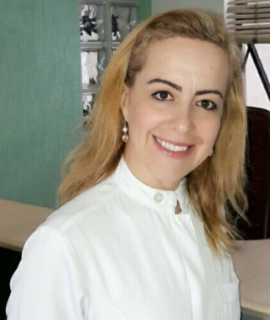 Every year more than 300,000 children and adolescents are diagnosed with childhood cancer in the world, according to the International Agency for Research on Cancer. The data are no less alarming in Brazil, where the disease is already the second cause of death among children and adolescents (0 to 19 years). The theme demands the implementation of prevention protocols, early diagnosis and directed treatment with multidisciplinary effort. Leukemias represent the highest percentage of incidence (26%). Among them Acute Myeloid Leukemia (AML) accounts for 15% of the cases, and may be due to a solid extramedullary tumor, composed of cells of the granulocytic lineage called according to the WHO classification, of myeloid sarcoma, which may infiltrate the bone and be the first or only manifestation of the disease. We report a 5-year-old female feoderm resident in a low population density hospital assisted in December 2017, presenting  trismus, left-sided mandibular swelling (painless), associated with severe pain in the inguinal region and left leg. She was evaluated by a pediatrician with initial suspicion of Epidemic Parotiditis. Laboratory tests, inguinal ultrasonography, jaw radiography, left hip CT (tomography), and was released after 4 days without a conclusive diagnosis. She then began follow - up with a general practitioner. Bone scintigraphy was requested, showing osteogenic and osteolytic lesions in the mandible - branch and left angle, right iliac bone and acetabulum, and in the left femur and vertebral column - T5, T7, T10 and L5. The child was then referred to Dentistry and an incisional biopsy of the mandible was performed. The definitive diagnosis was of myeloid sarcoma after immunohistochemistry with markers MPO, VIEMENTINE, CD68 positive with review on 02/24/2018, being referred to the out-patient hospital in the capital. In the oral clinical examination, it was also observed the presence of pericoronaritis in the tooth 36, which aggravated the condition of trismus and mandibular swelling. A mandible tomography (Tc) was performed, presenting extensive lithic involvement, with an exuberant periosteal reaction involving the mandibular branch and with superior extension along its branch and condyle. In the retromolar region, the area with the greatest bone rarefaction was observed, with multiloculated aspects with enhancement to the iodinated contrast, with ineffective liquefied areas, suggesting an infectious process in the retromolar region and possible osteomyelitis due to continuity. Under sedation, the patient was submitted to the intervention of the Hospital Dentistry for the remission of the pericoronarite, followed by laser therapy sessions and daily monitoring of bacterial plaque control and opportunistic infections. A CT scan performed 4 months later showed a reduction of mandibular bone infiltrative involvement and complete resolution of the inflammatory process and osteomyelitis, and complete eruption of the tooth 36. Hospital Odontology can contribute to an early diagnosis of tumor manifestations, as well as to promote the resolution of oral infectious conditions leading to a significant improvement of the oral condition, increasing the probability of cure, reducing the possibility of sequelae of the pathology or therapy and favoring the prognosis of the disease.