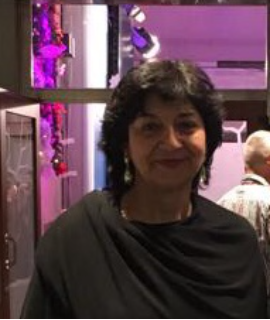 Title: Antibiotic prophylaxis pattern of Basque dentists in the placement of dental implants

OBJECTIVE: The objective of this study is to assess current antibiotic prescribing patterns and antibiotic prescribing frequency of dentists in Bizkaia in conjunction with routine dental implant surgery to determine whether there is any consensus among such practitioners.
METHODS: Observational cross-sectional study based on an electronic survey. This study was reported according to the STROBE guidelines for observational study reporting. This anonymous questionnaire comprised information in relation to the following: Demographic details, qualifications and work experience, most commonly prescribed antibiotic, dosage and duration. The questionnaire contains both open-ended and close-ended questions. An email was sent on 26th October 2017 to all the registered members of the Bizkaia Professional Dentists’ Association, who had not expressly requested their desire not to receive emails. The email included a link to the anonymous web questionnaire developed on www.encuestafacil.com. The total number of questionnaires sent was 989. The final sample size consisted of the professionals who decided to partially or wholly respond to the survey. The collected data were analyzed using Stata 14 software (StataCorp, College Station, Texas, USA), 95% confidence intervals (CI) were used to assess prescription frequency per antibiotic regime.
RESULTS: The survey was responded by a total number of 233 participants, the response rate was 23.56%. Overall, 210 participants finished the entire survey and 23 surveys were answered partially. The questionnaire was responded by 122 female (58.1%) and 88 male (41.9%) participants. Most of the dentists were aged between 51 and 60 years old (30.95%) and the majority of them (n=173) had studied at the University of the Basque Country (82.78%). Eighty-eight percent (n=207) always prescribed prophylactic antibiotics in conjunction with a dental implant surgery (95% confidence interval [CI]: 84.79-92.88%). Approximately 9 percent (n=22) prescribed antibiotics sometimes (95% CI: 5.68-13.19%) and only 4 dentists (1.72%) prescribed no antibiotics at all (95% CI: 0.04-3.38%). Overall, 179 of 233 respondents prescribed both pre- and post-operation antibiotics (78.85%, 95% CI: 72.96-83.97%), 13 only prescribed antibiotics pre-operation (5.73%, 95% CI: 3.08%-9.59%), and 35 exclusively prescribed antibiotics exclusively a routine dental implant surgery (15.42%, 95% CI: 10.98%-20.78%). After amoxicillin, amoxicillin/clavulanic acid was the most frequently prescribed antibiotic type.
CONCLUSIONS: The majority of dentists in Bizkaia routinely prescribe prophylactic antibiotics in conjunction with a dental implant surgery. A large range of prophylactic regimes are followed showing the huge variety in the choice made by dentists.