HYBRID EVENT: You can participate in person at Paris, France or Virtually from your home or work.

4th Edition of International Conference on Dentistry and Oral Health 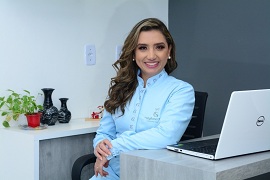 Title : Health Coverage For Vulnerable Populations: A Discussion From The Point Of View Of Correcting Social Inequities

Health inequities are involved both in the etiology and in reducing the potential for resolving health problems in vulnerable populations. For vulnerable population, we can consider groups of people who have disparities in the way they are perceived and treated, being placed at a disadvantage in relation to the group that has hegemony. In the minority group, we can mention patients with special needs, people in a situation of social vulnerability, individuals who opted for a homoaffective relationship and women. In order to demonstrate such disparities, the gender cut was used for the findings in the study to be presented.

The aim of this study was to evaluate the influence of socioeconomic aspects in the aggression victimization between genders from the analysis of records of personal injuries by physical aggression occurred between years 2008 and 2011 in northeastern Brazil. This cross-sectional study assessed 3,830 reports registered at a Center of Forensic Medicine and Dentistry. Data analysis involved descriptive statistics and multivariate logistic regression. Most of the victims were young (57.4%), female (56.4%), with basic education (60.5%) and employed (69.6%). The analysis identified significant differences related to socio-demographic characteristics of victims, aggressor’s characteristics and aggression dynamics, indicating as typical of female victimization the victim being unemployed and attacked by a partner/boyfriend through slaps, punches and pushes. Considering domestic violence, the likelihood of the victim to be a woman came to be 3.51 times higher when compared to community violence. The percentage of cases correctly adjusted was 78.0%. These results showed a considerable victimization of women by domestic violence or intimate partner, particularly women in socially vulnerability, indicating the need for cross-sectional policies to overcome social inequities.

Dr. Gigliana Sobral studied Dentistry at Federal University of Paraíba (Brazil), earning her degree in 2003. She became a Specialist in Family Health and received her Master’s degree in Dental Clinics from the State University of Paraíba in 2010. She received her PhD degree in 2015 at Federal University of Minas Gerais. She contributed as a reviewer for the Journal of Management & Primary Health Care. She has published 20 research articles in SCI(E) journals and has written a book chapter in the field of dental aesthetics. Dr. Sobral has worked in the areas of service management for SUS (Brazilian public health system) and epidemiology of violence using maxillofacial trauma as a marker. Currently, she has also been dedicating to teaching in the research area – supervised internship in Family Health Strategy and Aesthetic Dentistry.